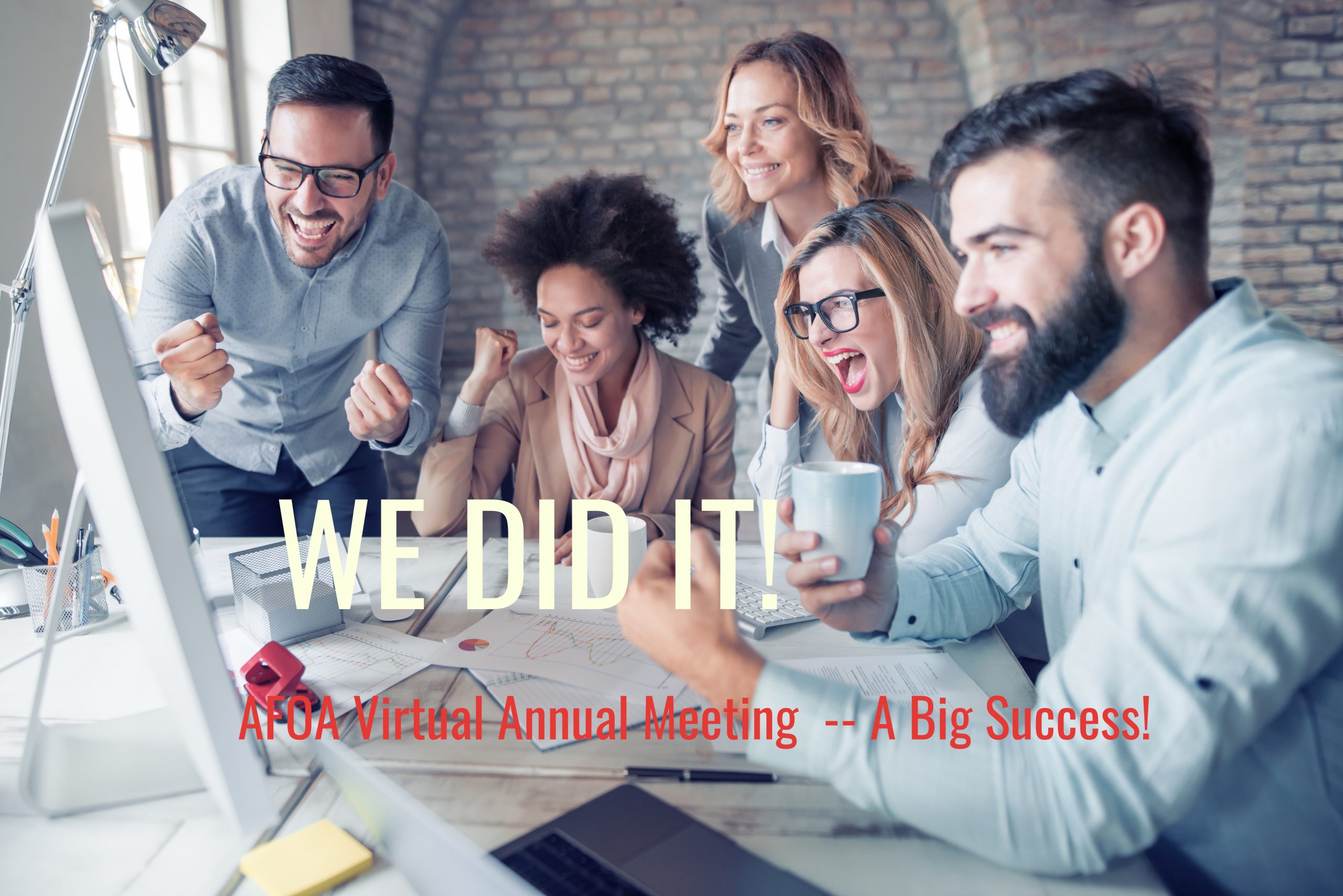 According to long time member Mitch Kilanowski, “Great job! I was blown away by content and how smooth it ran.”  John Healy, General Manager at Columbus Vegetable Oils added, “That was fantastic!  Very impressive.  I can’t say enough.”

The event is available on demand for the next 30-days.  If you registered and attended, you will receive an email with the link for accessing the program.

If you missed the event but have an interest in seeing it, you may register and gain immediate access.  Register here: https://virtual.foodable.io/american-fats-oils-association-2020-annual-meeting

Register Here for ON DEMAND 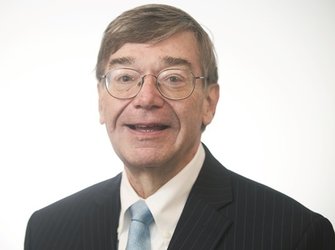 • Called “the man who knows more about politics than anyone else” by Washingtonian and “the Picasso of election analysis” by the Wall Street Journal
• Discusses today’s political and legislative environments in a balanced, non-partisan way
• Hugely popular speaker known for an encyclopedic knowledge and quick wit

Charlie Cook is a political analyst and commentator, the publisher of the Cook Political Report, and a columnist for the National Journal. For more than two decades he has been a trusted and accurate voice on all things political. Once deemed “the Picasso of election analysis” by the Wall Street Journal, Cook’s expertise and encyclopedic knowledge of American politics has been featured on myriad news outlets. Using poll numbers, economic indicators, and historical data, Cook discusses today’s political and legislative environments in a balanced, non-partisan way. 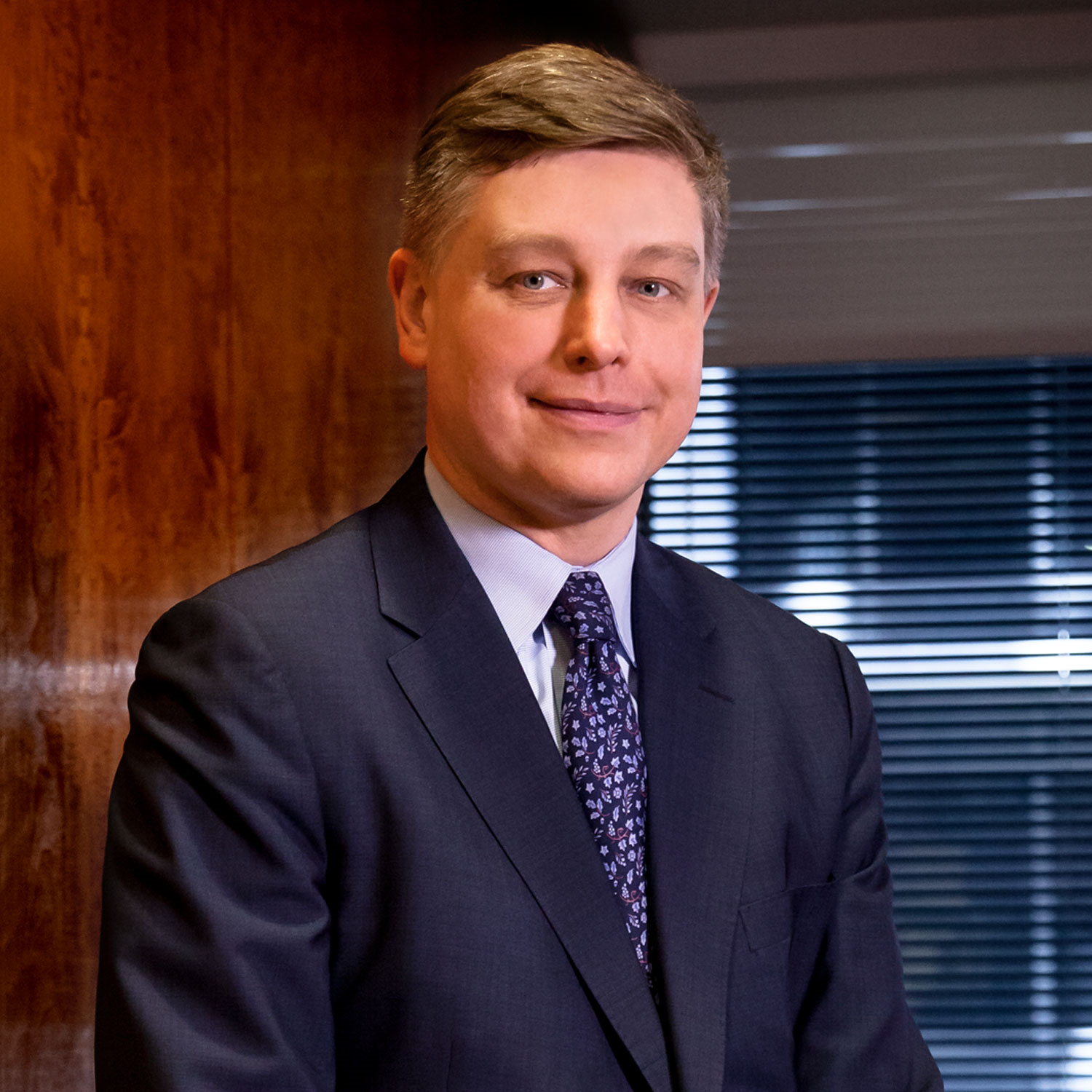 Erik Norland is Executive Director and Senior Economist of CME Group. He is responsible for generating economic analysis on global financial markets by identifying emerging trends, evaluating economic factors and forecasting their impact upon those who trade in its various markets. He is also one of CME Group’s spokespeople on global economic, financial and geopolitical conditions.

Norland holds a bachelor’s degree in economics and political science from St. Mary’s College of Maryland and an M.A.in statistics from Columbia University. He is also a CFA Charterholder. 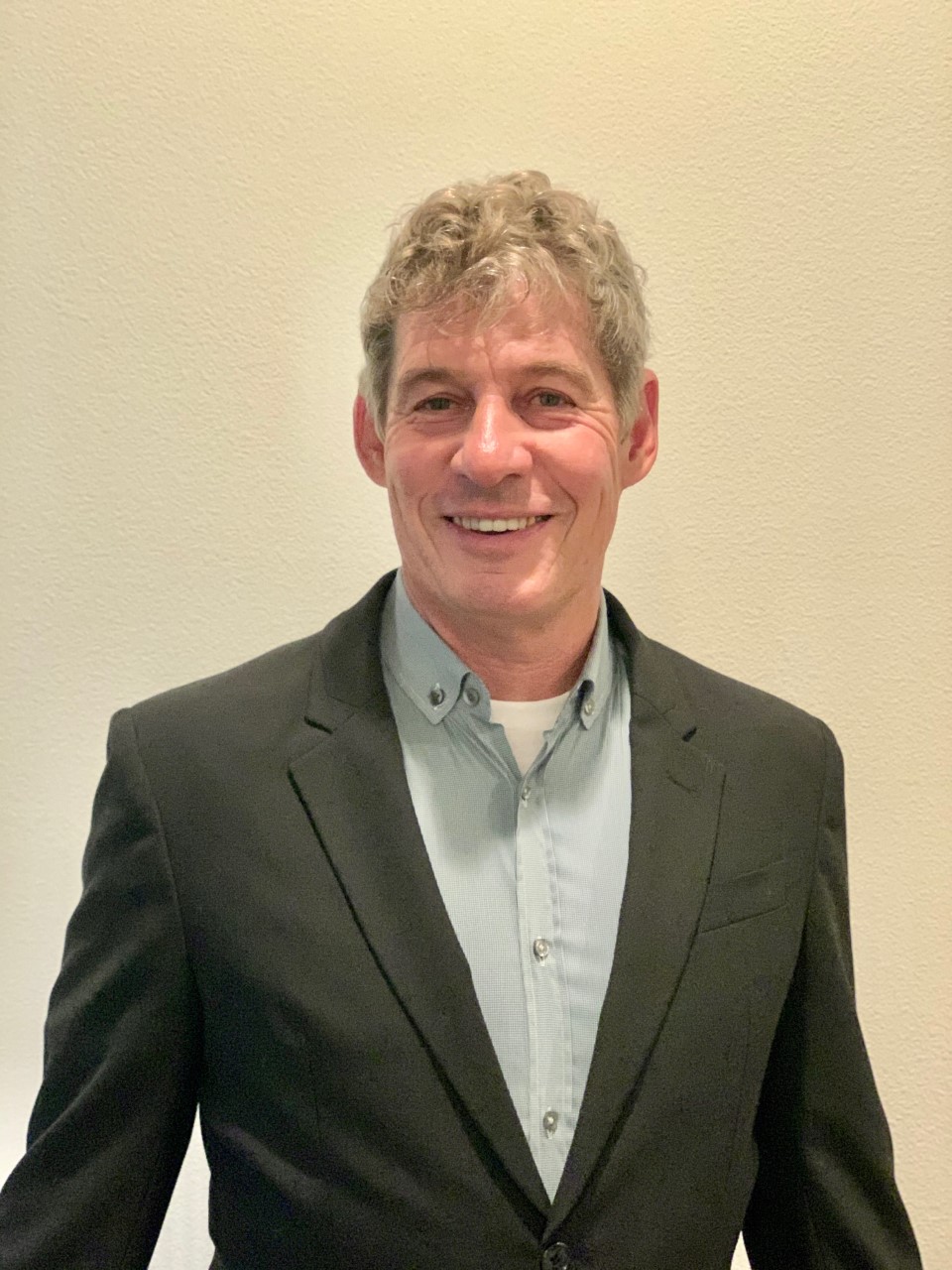 In the early 1980’s, Kent was mentored in the execution and trading of the physical product markets of Soybean oil and Soy meal through the selling of US products into the European and Latin American countries. Trading the CIF markets as well as domestic oil and meal. Kent then went to the trading floor of the Chicago Board of Trade working with the Commercial hedger in the execution of Crush and all related components of the crushing industry.

Today, through the venue of CrushTraders, he provides a source for market information and consulting to the Crushing Industry as well as the users of the components of the industry. CrushTraders is committed to being a source of insight with a fundamental bias for bringing value added to trading futures and cash markets by analyzing, identifying patterns and trading relationships in agriculture markets with a focus on Soybeans, Soymeal and Soyoil. 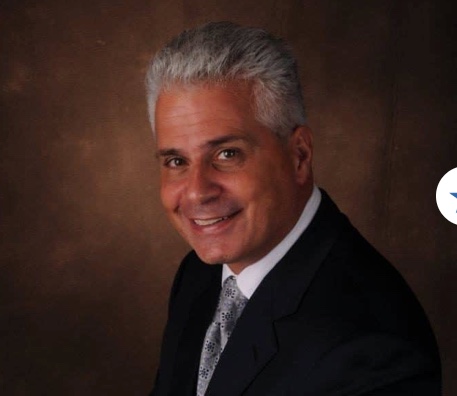 Paul Nazzaro became an early adopter of utilizing the latest chemical technologies to enhance fuel quality on behalf of organizations such as Northeast Petroleum, Coastal Corporation, and Global Companies, LLC. Paul has also represented the National Biodiesel Board since 1996 as their petroleum liaison, helping to reduce roadblocks impeding biodiesel’s domestic commercialization.

He serves on the Board of Directors and Executive Finance Committee for the Massachusetts Energy Marketers Association and the New England Fuel Institute. His writing has appeared in Fuel Oil News, Biodiesel Magazine, Transport Topics, Commercial Fuel Buyer, Fuel Marketer News, and Indoor Comfort Marketing, among others notable industry publications.

Last year, AFOA looked to the west coast for its perspectives, this year Paul will share initiatives and perspectives from the east coast. 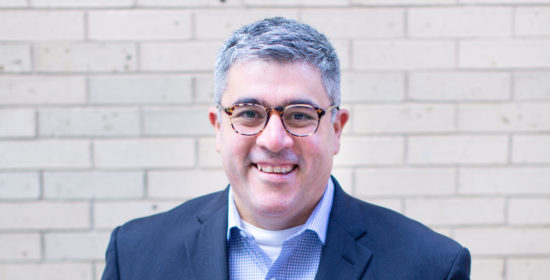 Ryan Standard earned a degree in English literature and history from Monmouth College, while maintaining a parallel track in economics. With a background in logistics and sales, he joined The Jacobsen in 2007 as an analyst and the editor of the Animal Fats and Feed Bulletins, and contributor to the Biodiesel Bulletin. He has built a solid, reliable network of sources to inform his industry analysis. 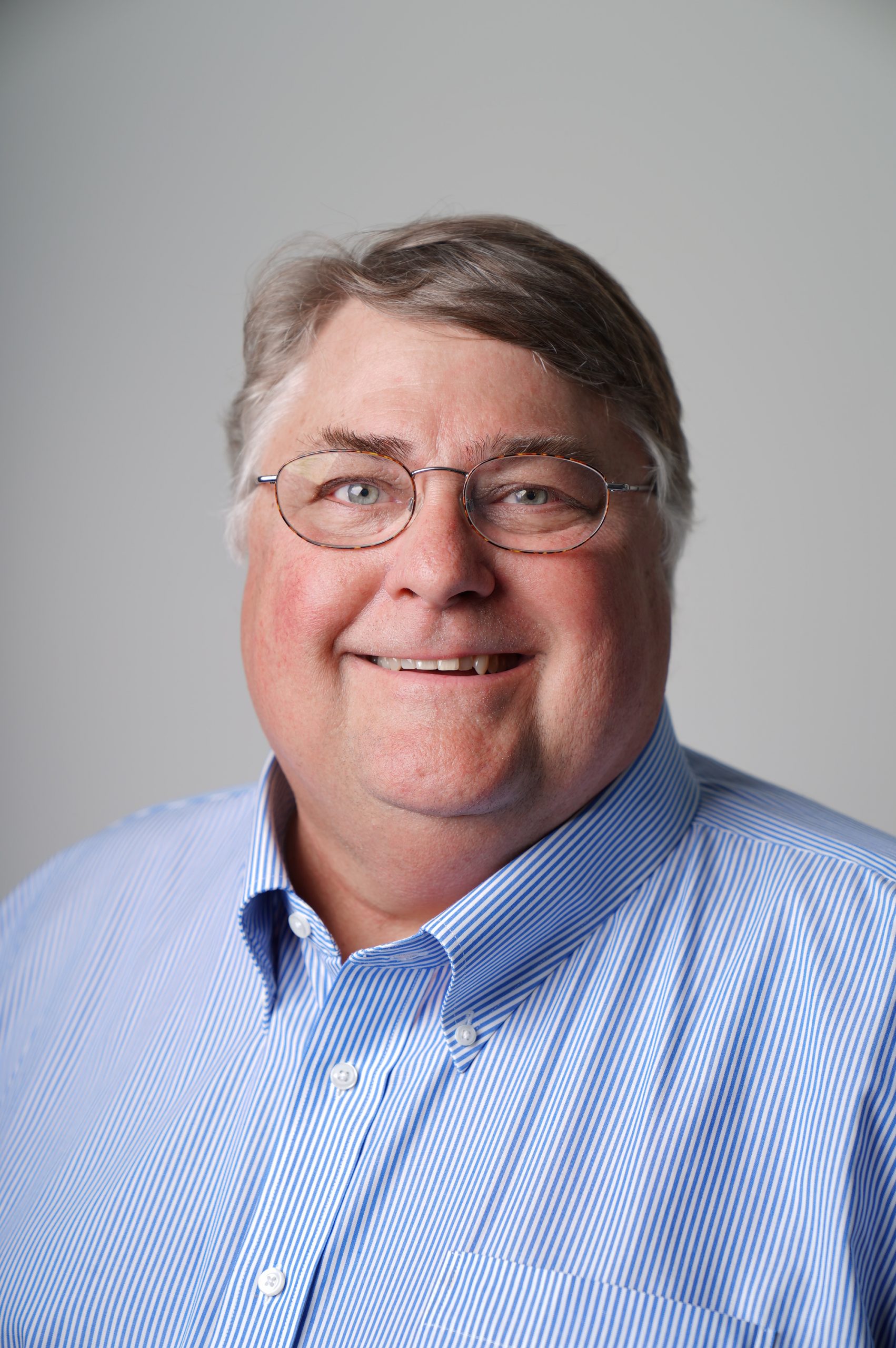 A 5th generation Northern Californian, Ron has been involved in agriculture his entire life having grown up on his family’s dairy farm and cattle ranch. With nearly 50 years of experience, Ron has run the ag-gambit – from the garlic fields to the head of a cotton trading desk.

Ron’s experience in the Ag business started shortly after graduating from the University of California Davis in a B.S. in Livestock Production Management, where he was a Field Representative with McCormick Schilling. He eventually left McCormick moving to Gilroy, CA to manage the Christopher Ranch in Gilroy, CA and was one of the founding fathers of the internationally renowned Gilroy Garlic Festival. In 1982, Ron left the Garlic fields for Wall Street, starting in the San Jose office of Merrill Lynch as a Commodities and Futures Specialist and later transferred to the firm’s L.A. office, joining the Cotton trading desk in 1986 and later establishing and managing Merrill Lynch Futures’ Pacific Coast Futures Center eventually overseeing the firm’s 126 Commodity Brokers and Futures trading in the 17 western states. In early 2000, Ron accepted a position as the Head of the Cotton Trading Desk of Prudential Financial who later merged with non-commodity trading bank, Wachovia. The business got bigger than imagined, prompting Ron to establish LOGIC Advisors, a commodity research company, and SFO Commodities, a commodity futures & options trading firm and eventually merging with RCM Ag Services in 2020.

With more than four decades of vertical integration in worldwide agribusiness, from feedlots and furrows in the field, to the Futures trading pits of Wall Street and beyond, Ron has developed a unique understanding of both agricultural business, and the business of agriculture. His varied interests and scope of comprehension in the complexities of the practical, financial, and technological requirements for the process of taking agricultural conception to consumption, has resulted in a participation within a widely differentiated array of activities and investments. Ron’s expertise in the Ag business is nearly unmatched, and is now one of the most sought after cotton experts in the field and regularly puts out research with partner Bill O’Neill, Lawson/O’Neill Global Institutional Commodity Advisors consumed by banks, hedge funds, commodity companies, and large speculative traders around the globe. 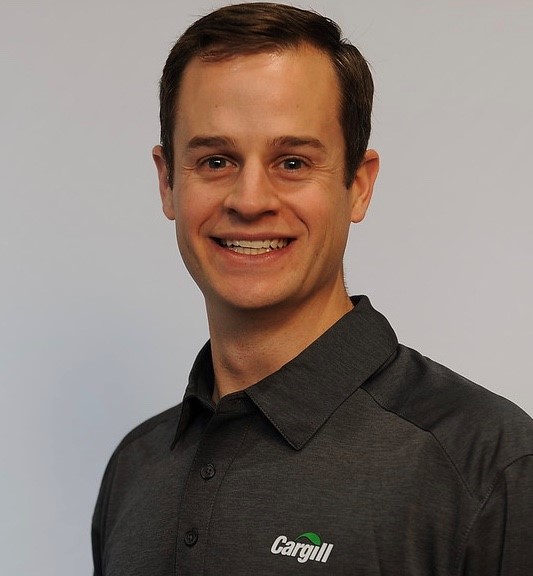 Prior to this role, he traded Corn Oil at Cargill and worked for Conagra Brands in various supply chain and procurement roles. After spending a majority of his career in the vegetable oil industry, he developed a passion for seeing the industry continue to grow and evolve. John recently joined the National Institute of Oilseed Products (NIOP) Membership Committee.

John was born and raised in Omaha, NE, he currently lives in the Twin Cities with his wife. The couple is excitedly awaiting the arrival their first child this December. In his free time, John enjoys watching Missouri Tiger Football, St. Louis Cardinal Baseball, along with training for triathlons and golfing. 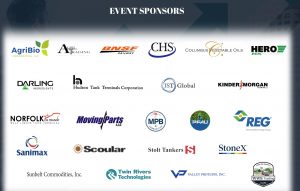 Description: Explosive growth in the renewable diesel sector is coming, what’s the effect going to be on the animal fats market?

Description: What should we expect from the growing push in the New England states for carbon reduction programs and the resulting increased demand for biodiesel and the fats and oils that biodiesel will be produced from.

Description: If nothing moves faster than the speed of money, then do you know where it’s flowing and why it matters?

Description: What’s the direction and the drivers of the world’s largest, traded edible oil?

Description: What impacts should we expect from the major shifting tide in oil consumption driven by growth in the Renewable Diesel Sector?

Description: With his pulse on the political landscape, Cook will share insights on what the House, Senate and White House may look and act like in 2021.